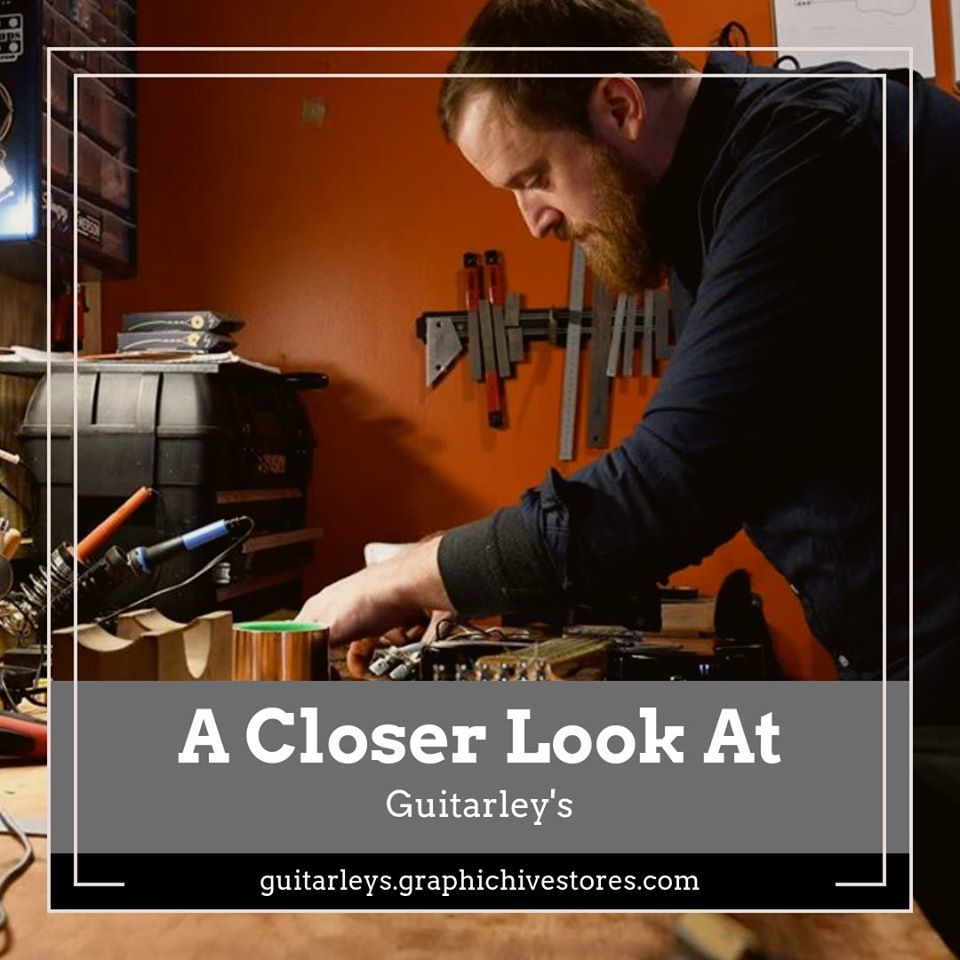 A Closer Look At: Guitarley’s

Today we take a look at Guitarley’s

Owner Sean Farley is a talented luthier and musician who recently moved his woodshop from downtown Williamsport to 611 Oliver Street.

COVID-19 impacted Sean directly as he was on tour across the country but had to come home early as many of the gigs were getting canceled and postponed. These canceled gigs haven’t dampened his spirit though as he has hosted some live stream concerts and even complied with social distancing requirement and had guest musicians mic’d 6 feet apart.

Sean is having the most fun out of all of us during his apparel sale as he has turned it into a friendly sales competition with Mark Mangiardi from Leo’s Pizzeria. He has been egging on Mark by producing short videos showcasing the proper cleaning etiquette for how to clean his woodshop if Sean sells the most shirts. If Mark wins, Sean has to answer his phones and do the dishes. Sean has also teased that he’d shave his beard and hair if he wins the overall competition but Camp Victory has certainly been giving him a run for his money.

Sean also has pledged to send half of the proceeds from this sale to benefit students at the Uptown Music Collective If you’d like to support Sean and Uptown, consider picking up a shirt or a hat: http://guitarleys.graphichivestores.com/